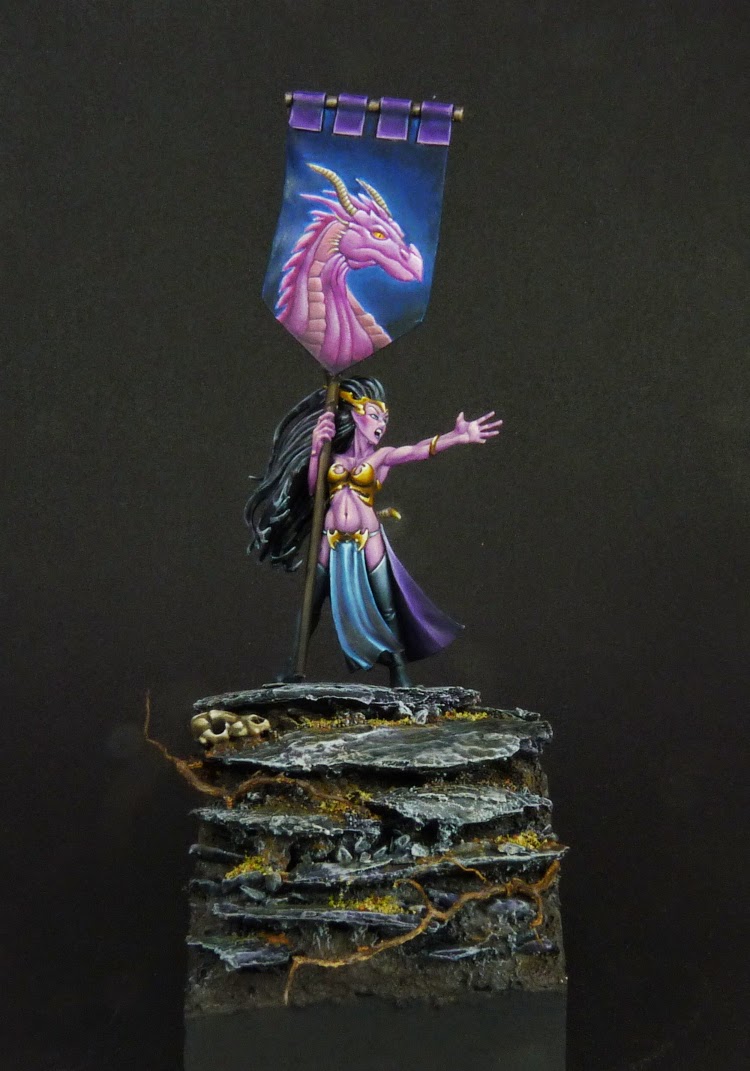 After creating & painting the base this weekend, I declare the sorceress now as “finished”.

As I said before, I really wanted to gain some experience in painting freehands. Not only the swirly pattern type, but also ‘something’. And I had my mind set on painting a dragon, because dragons are cool 🙂 After deciding this, I went through my miniature stash to find a figure that I thought would look nice with a big dragon banner. So I chose this dark elf model, as I really like this model to begin with, and she looks strong enough to carry the banner! So instead of a sorceress, now she is a banner bearer. I imagined her as being some sort of dragon-kin, that’s why i decided to paint her skin in purple tones, which are similar to, but not the same tone as the dragon itself.

I posted two tutorials, one on how I made the banner and one on how I painted the backside of the banner. Let me know if you are interested in seeing a step by step on painting the dragon!

Too much chatting, so here is the finished miniature. I really hope you enjoy this lady, as I put a lot of effort in her and I’m quite pleased with the result myself :).

To see the bigger picture, click on the picture to enlarge. 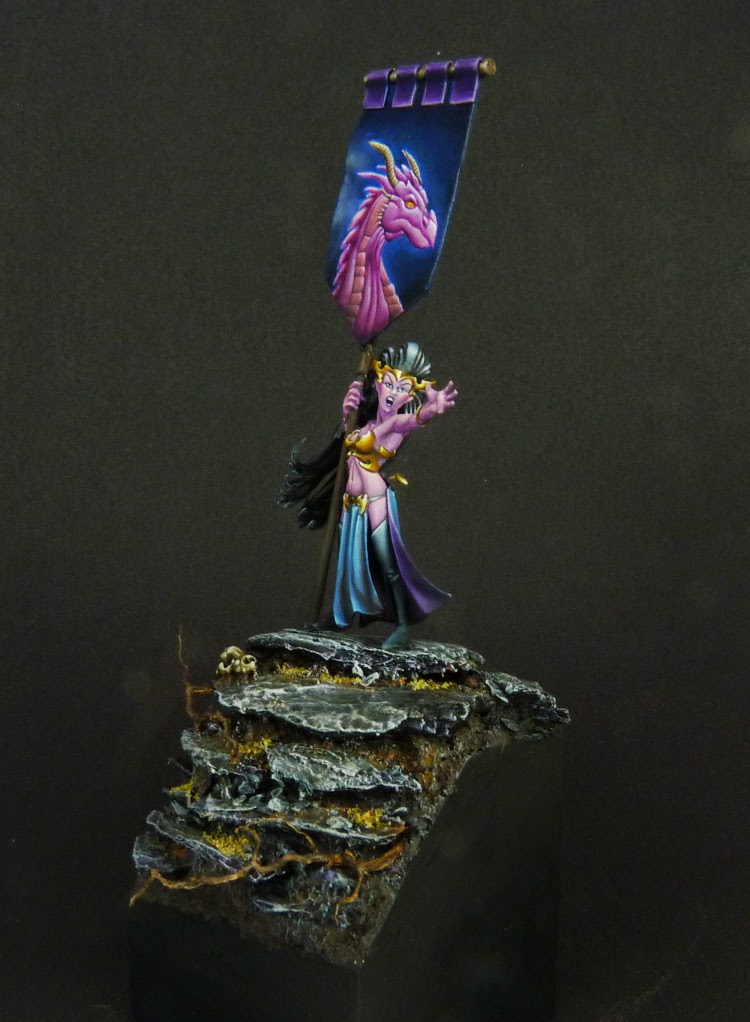 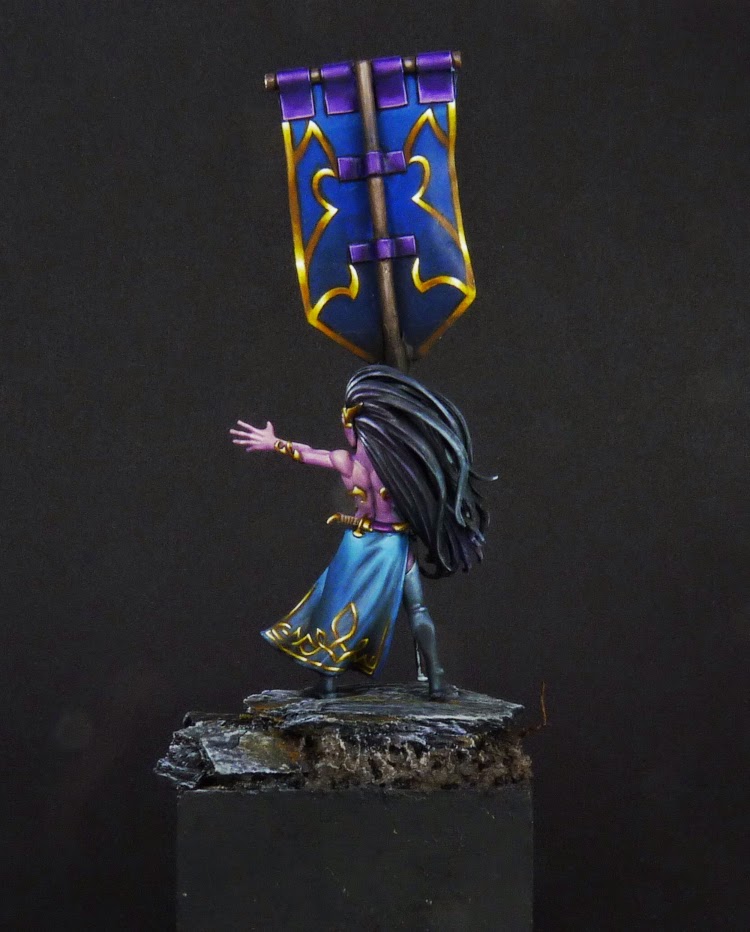 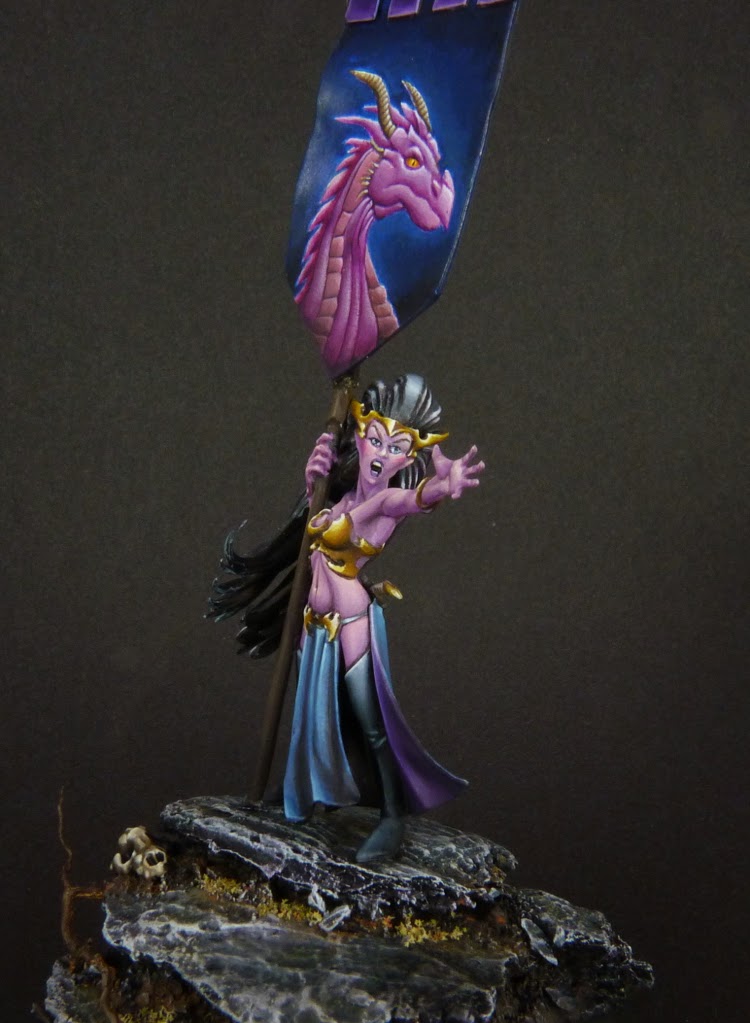