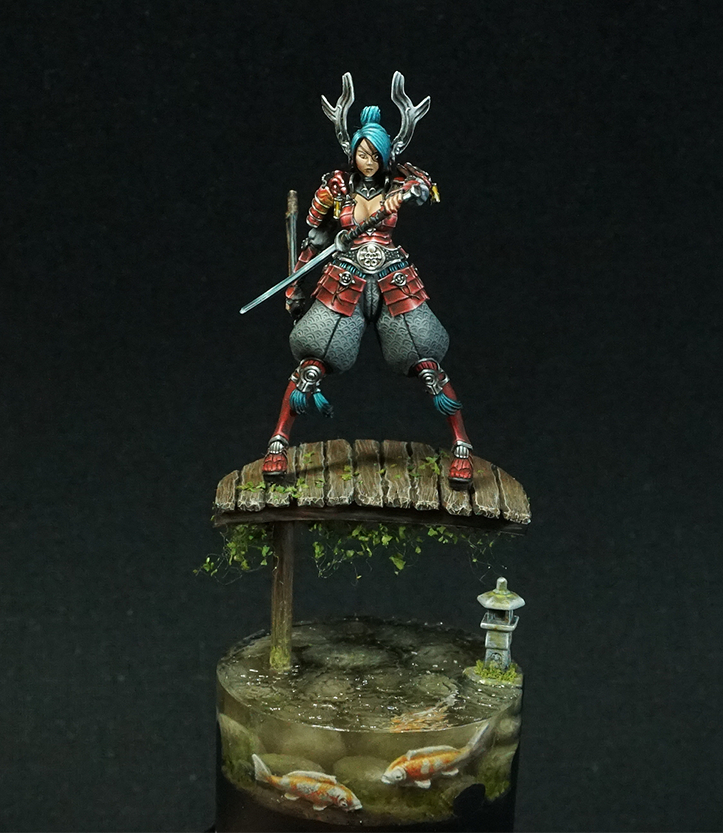 I painted this miniature from Kingdom Death in 2018. Seeing this sculpt, I was immediately inspired to paint her! Truth be told, I largely stuck to the colour scheme used in the artwork the sculpt was based. Why change something that works so well?

The original sculpt came with a katana that had a magical effect, like smoke. I decided I wanted to change it, and use a traditional katana instead. That also gave more scope for NMM. 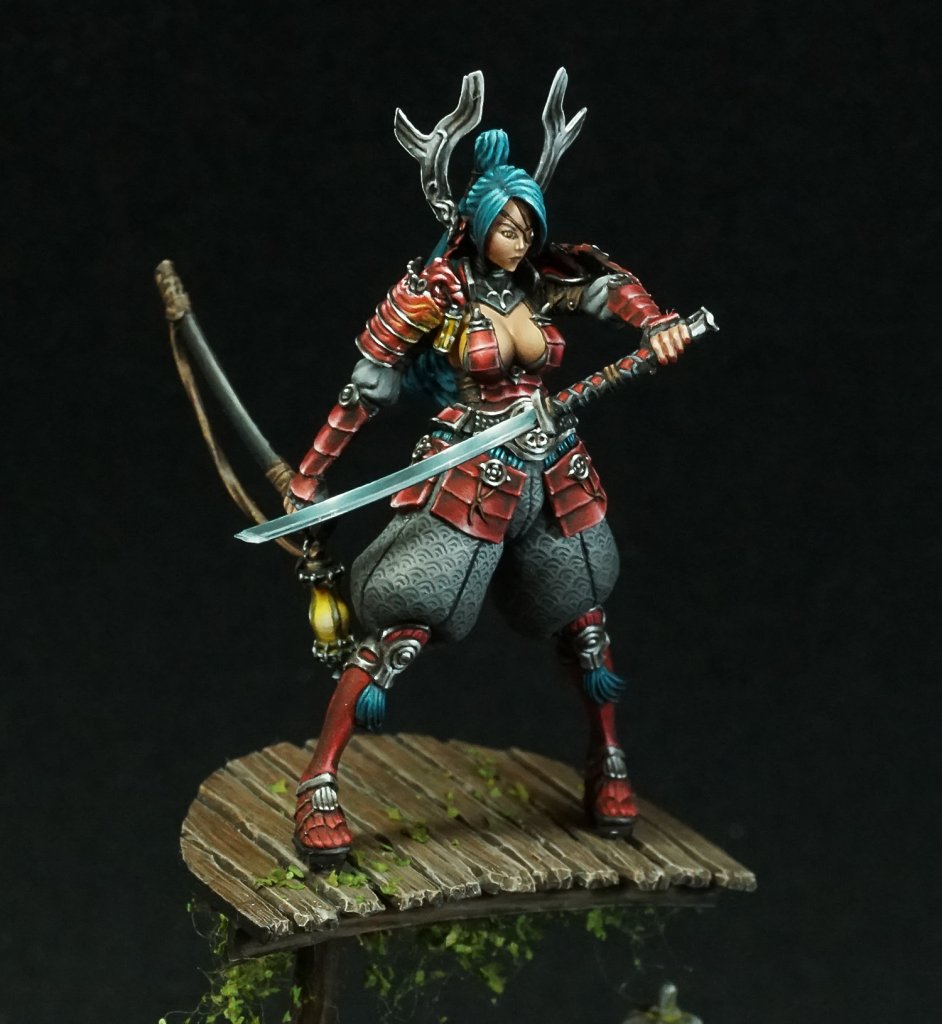 Already before starting the figure I knew I wanted to paint a freehand on her pants. A they have such a flat surface, that makes them perfectly suited to get in a pattern, and without it I found it a bit too plain. Painting the freehand was quite time-consuming, but soo much fun! I get in a real meditative state when painting freehands. Great for the mind, not so much for the neck 😉 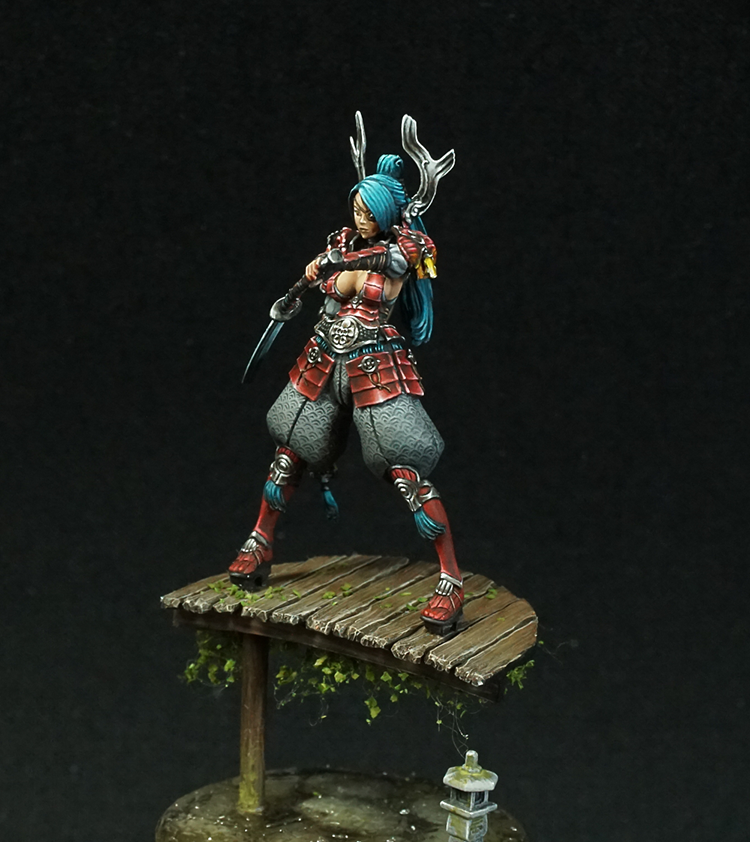 I made the sketch for the base whilst in the train, I remember it well. Together with that sketch, I made a sketch for an underwater base, you may see soon :). I tried to keep the base relatively simple, but I did want it to tell a little story of her protecting the bridge. That is also where her name came from. Kanshi-sha supposedly is a Japanese noun used for “guard” “sentinel”. (I might be completely wrong here, I do not claim to know anything about Japanese language and my info comes from Google). 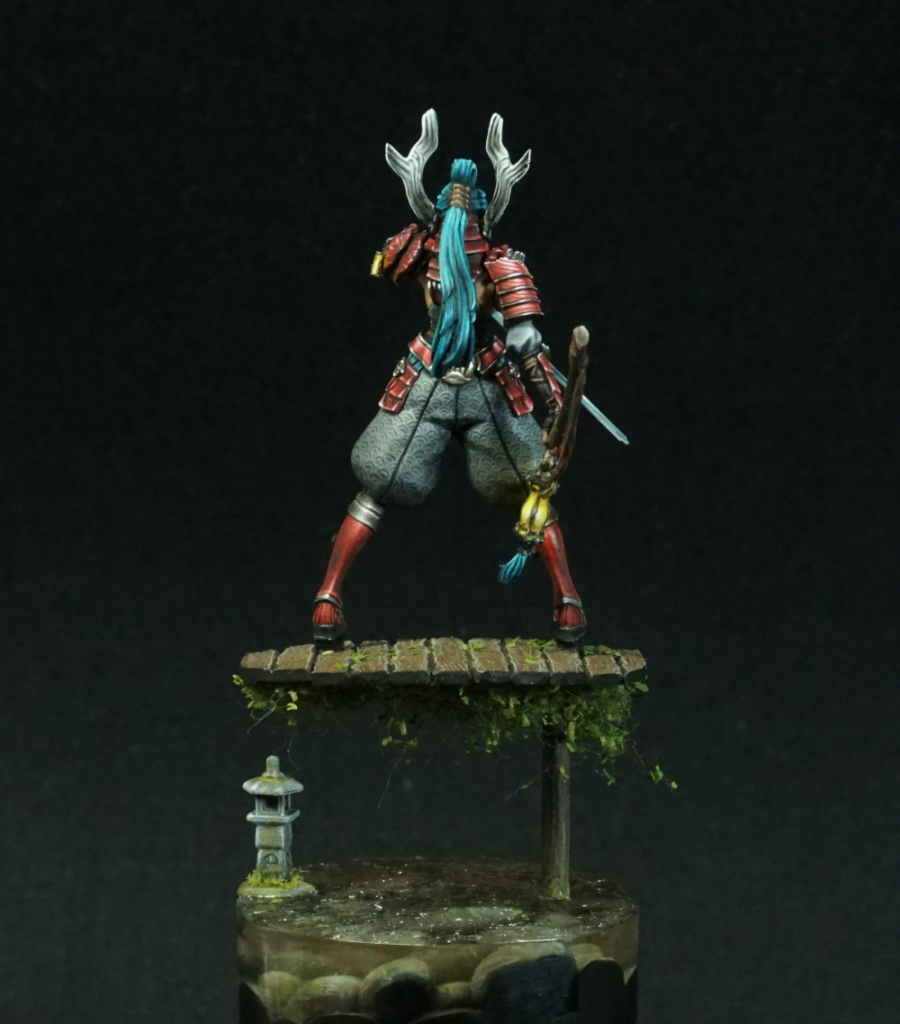 I wanted to add a water base as I think it fits the figure so well. The calmth of the zen pond, combined with the intensity and focus of the samurai. And of course, the Koi were so much fun to paint!