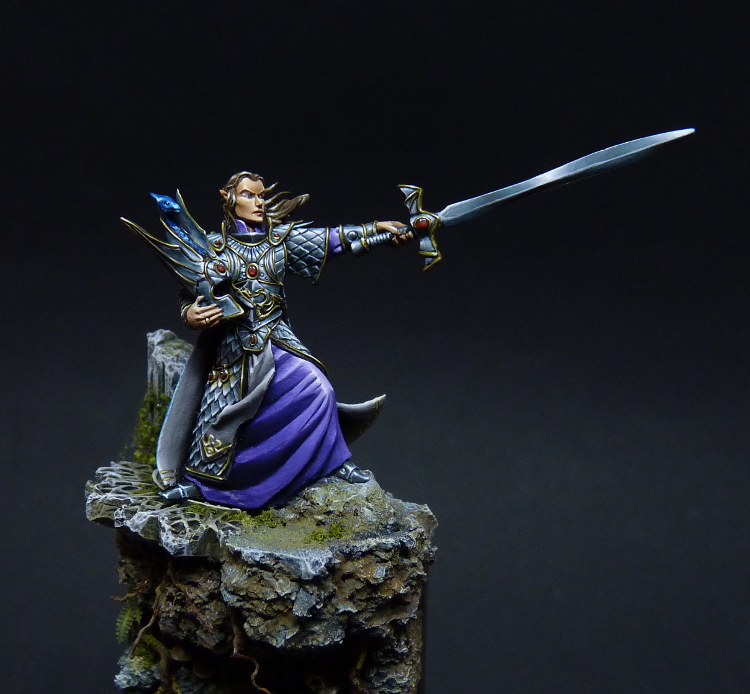 A little while ago I wrote a post about my pitfalls in painting. Today I want to share the journey of painting a figure that has been my greatest pitfall, but that has now turned into my biggest lesson.

I started painting Nathaliel, a great and detailed figure from Figone, in the summer. I had my mind on finishing this figure for the Scale Model Challenge and I wanted to make it my single entry. I had some visions for the project in terms of colours, where I mainly wanted to follow Caradryan that I painted a few years ago (the project that got me into display painting). I also knew I wanted to make a big base, a large freehand banner and freehand on the cloak. 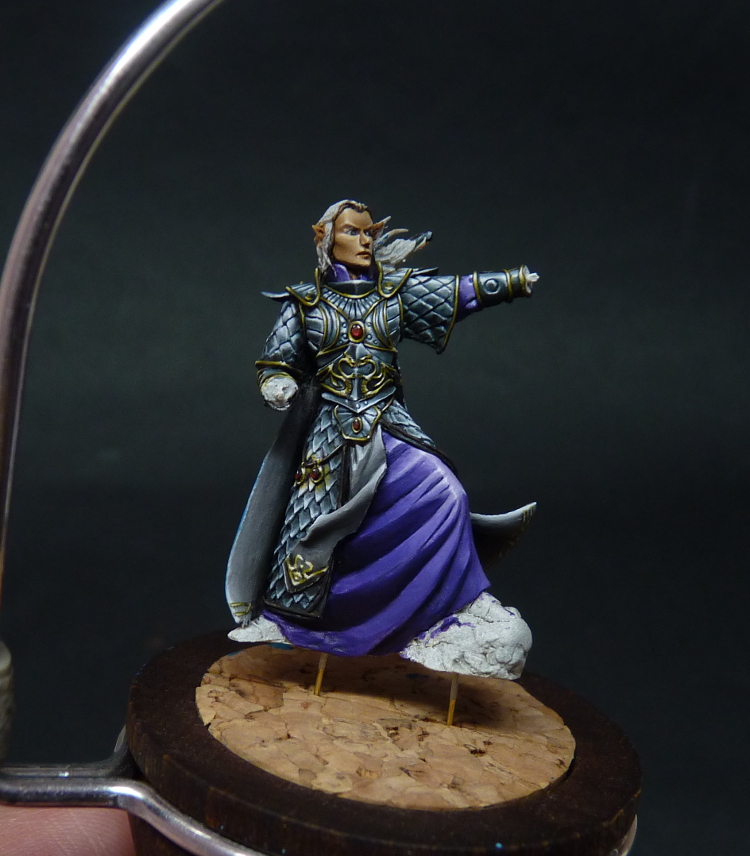 The picture above is the first picture I took after starting this figure. I decided that I didn’t want to share any pictures online, as I wanted it to remain a surprise (no idea why). At this point, I was quite satisfied where it was going. The NMM was really a LOT of work, and not all areas made me happy, but it was good for the moment. I made some starts with freehands on the inner side of the cape, and I was ready to start the freehand on the back.

Then, it was time for the first daunting task: painting the freehand on the back. 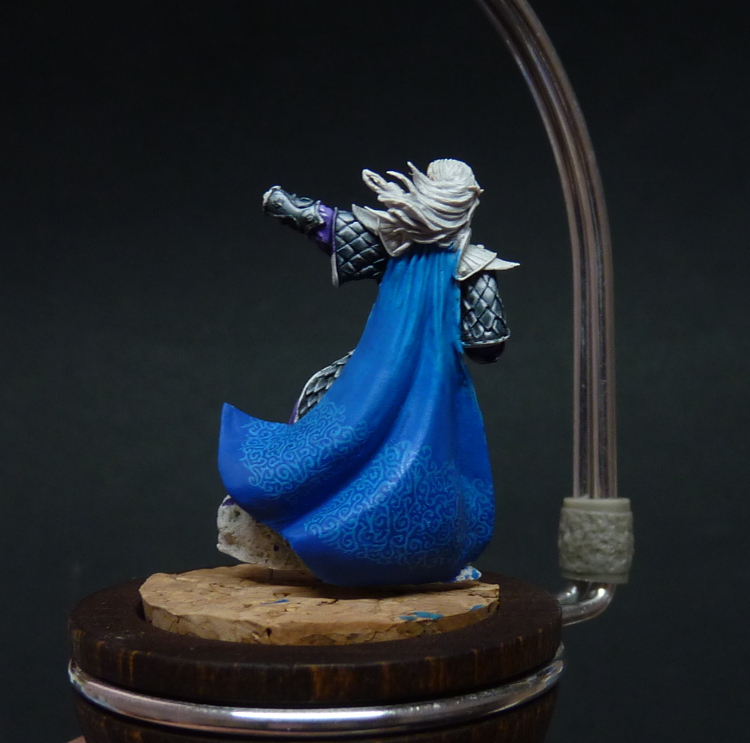 I actually really enjoyed this part. Painting in the pattern, little by little. Overall, it took be about a day (with lots of breaks to spare my back & neck) just to paint in the patterns. But, I loved every bit of it! It made me go into my happy zone and I could just paint in a relaxed matter. 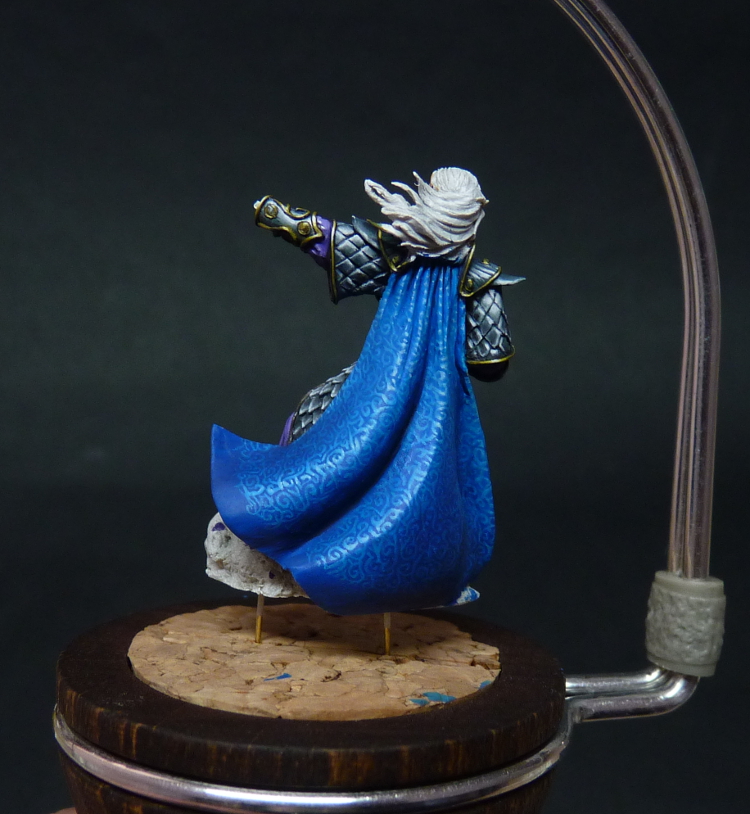 More work on the freehand cape

The next step was to add shadows and highlights to the cape and the pattern. I was quite excited and really happy with how it was turning out. Even though it was the first time trying something like this.

Then, I started thinking about the banner. A bit late in the process, but I still had about 6 weeks until the event. I just had no idea what to paint on the banner. The only thing in mind was that I wanted to paint an elven queen. So I went looking through loads of pictures for inspiration, and in the end I found this beautiful art by Anne Stokes. This would be my banner and eagerly I started painting. 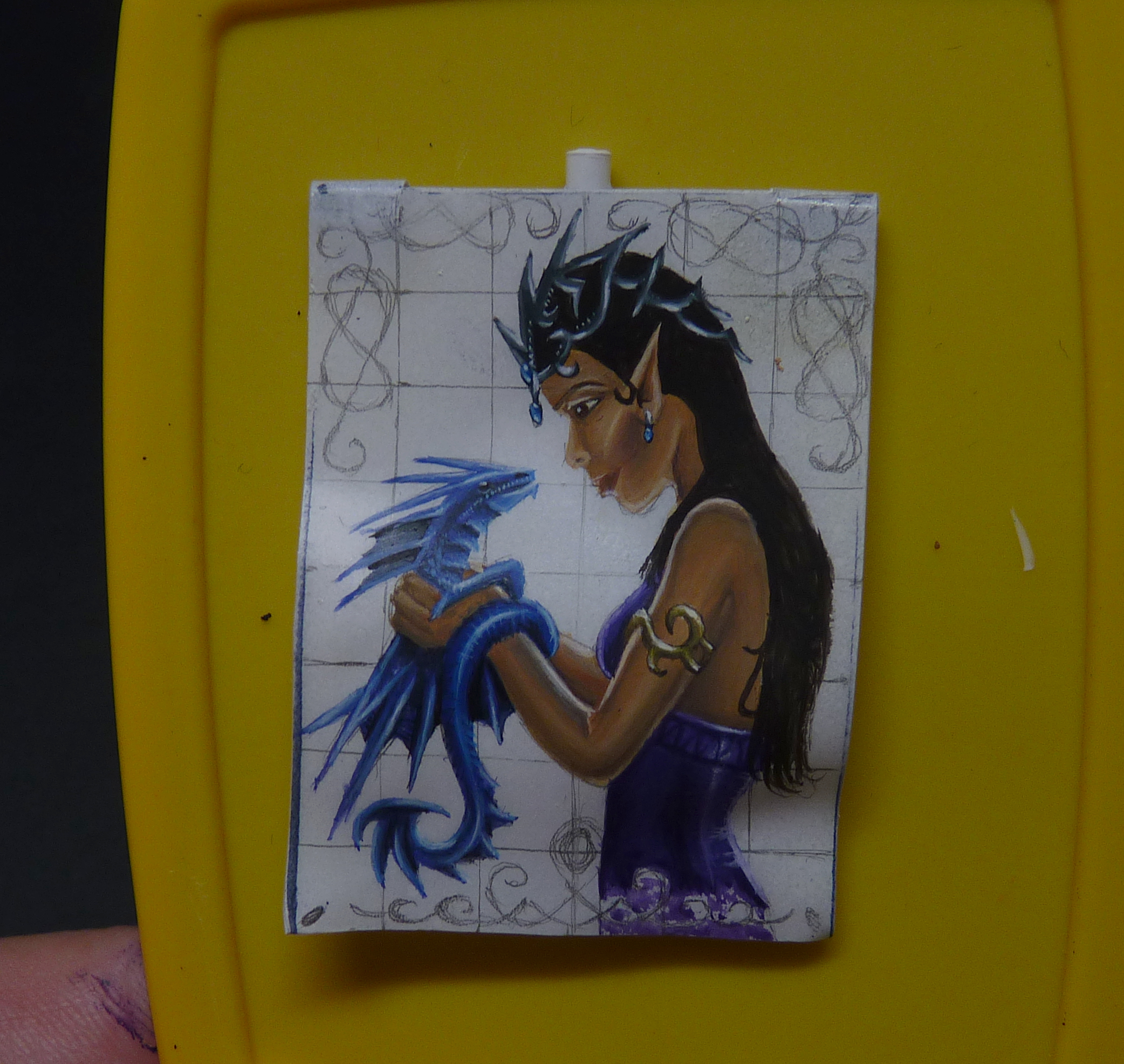 First picture of the progress on the banner

At this point, the doubt started kicking. Even though I was quite satisfied with how it was going so far, I was worried that the banner would not “fit” the miniature. I was also concerned about how I would paint the background of the banner, and the backside of the banner. I was not able to see the full picture at this moment. Plus I was being tortured by extreme perfectionism, it had to be perfect! Still, I continued with painting the banner. 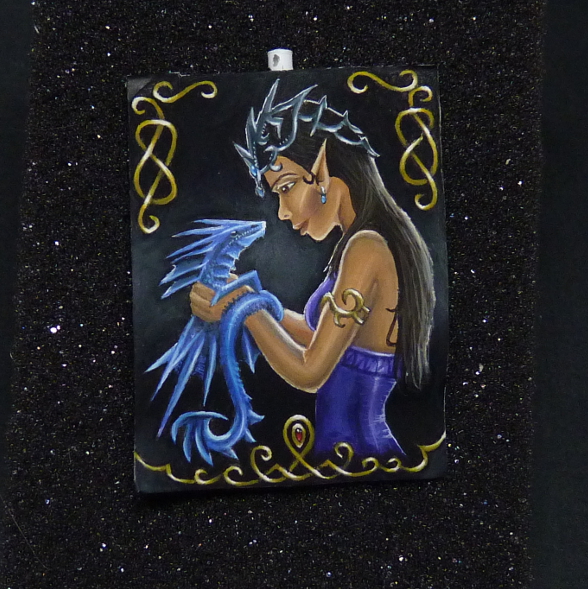 When the banner was finished I was happy with the result. Ok, it was not perfectly painted everywhere, but it looked pretty nice. Apart from the background, which I was not happy with, and I did not have an idea (or vision) on how to improve it… So, this had to be it…

Then, with the little inspiration I had, I painted the backside of the banner. 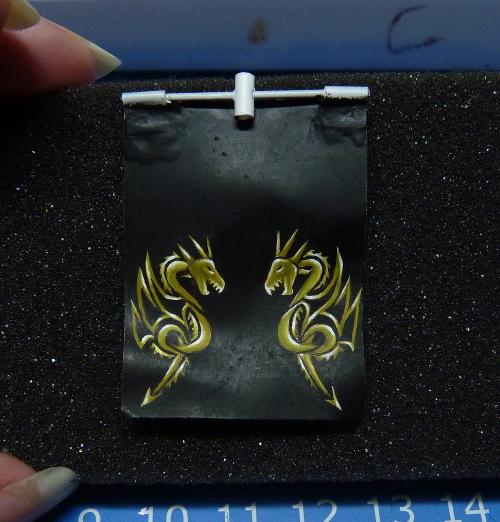 Simply said, I was not happy with it. Not happy at all!

But, since the deadline was approaching faster, I decided to go on. I started the base.

Again, inspiration was at an all-time low, so I did not really have an idea where to go. In the end, I went quite traditional, but large (too large in hindsight) 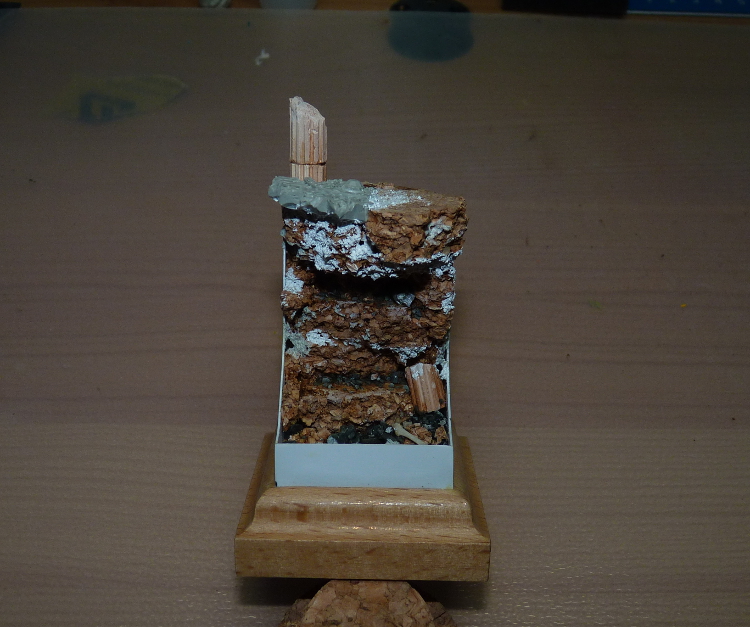 Building bases is not my favourite thing to do. I often lack inspiration and it looks to ‘fabricated’. I was reasonable satisfied with the base, as much as I can be about my bases ;). 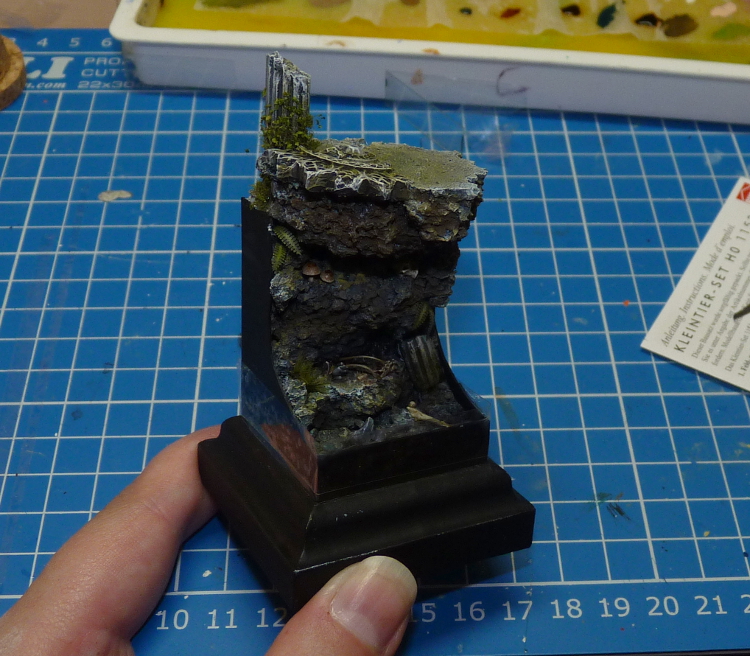 When I finished painting the base, I was actually quite happy with it. Agreed, it was not the best base but for my standards I was satisfied. All that was left to do was pour the resin and make some final clean-ups. 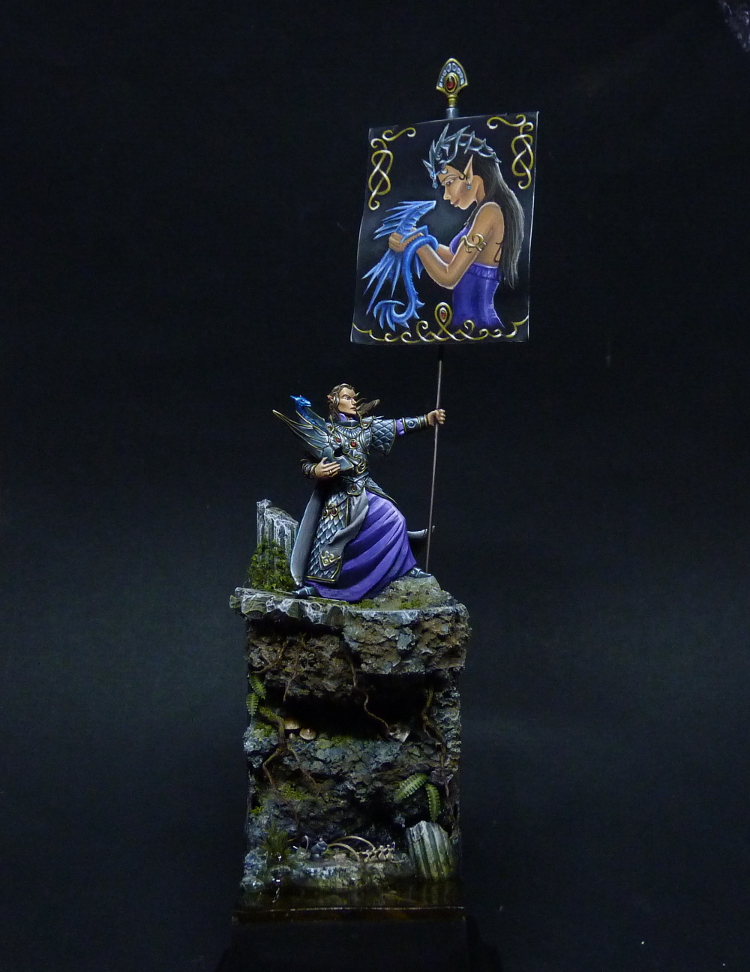 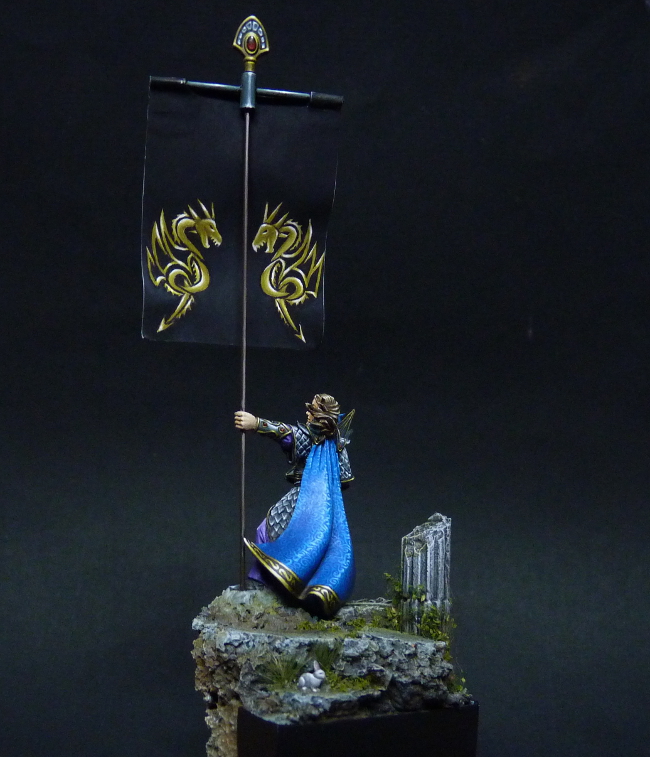 Then, about a week before SMC, the banner was starting to bother me more and more. I was at a point where I was about to remove the banner and paint a swor dinstead. I felt that the level of the banner was much lower than the figure. But I decided to not change it.

During SMC, when other painters gave me feedback, it turns that my feelings were right. The banner was not ‘working’ for the figure. Not only did the style not match, but also the quality of the painting was lower. And the banner itself did not look very natural, too much like a piece of plastic…

So, after mulling about this during the event, I made the decision: the banner has to go!

I took some time to change the model, getting rid of the banner that had by now become a true eyesore for me. And now, the figure is finally done! Still there are some parts that could improve, but that’s OK with me, afterall it’s a learning piece. And in the end it has taught me the most valuable lesson: listen to your feelings!!

Soon I will post more about the lessons that I learned, and are still learning on my path!

I hope you enjoyed this write-up 🙂

More pictures of Nathaliel can be found in my gallery. 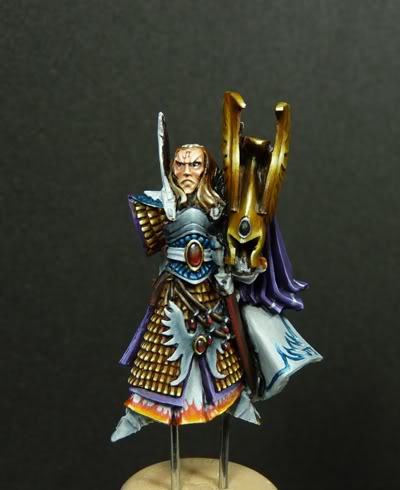 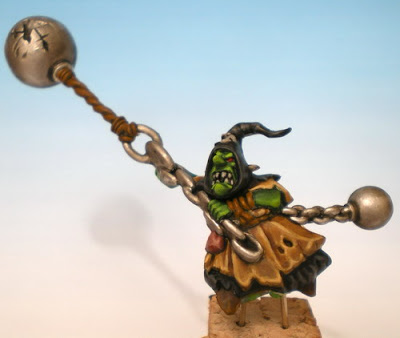 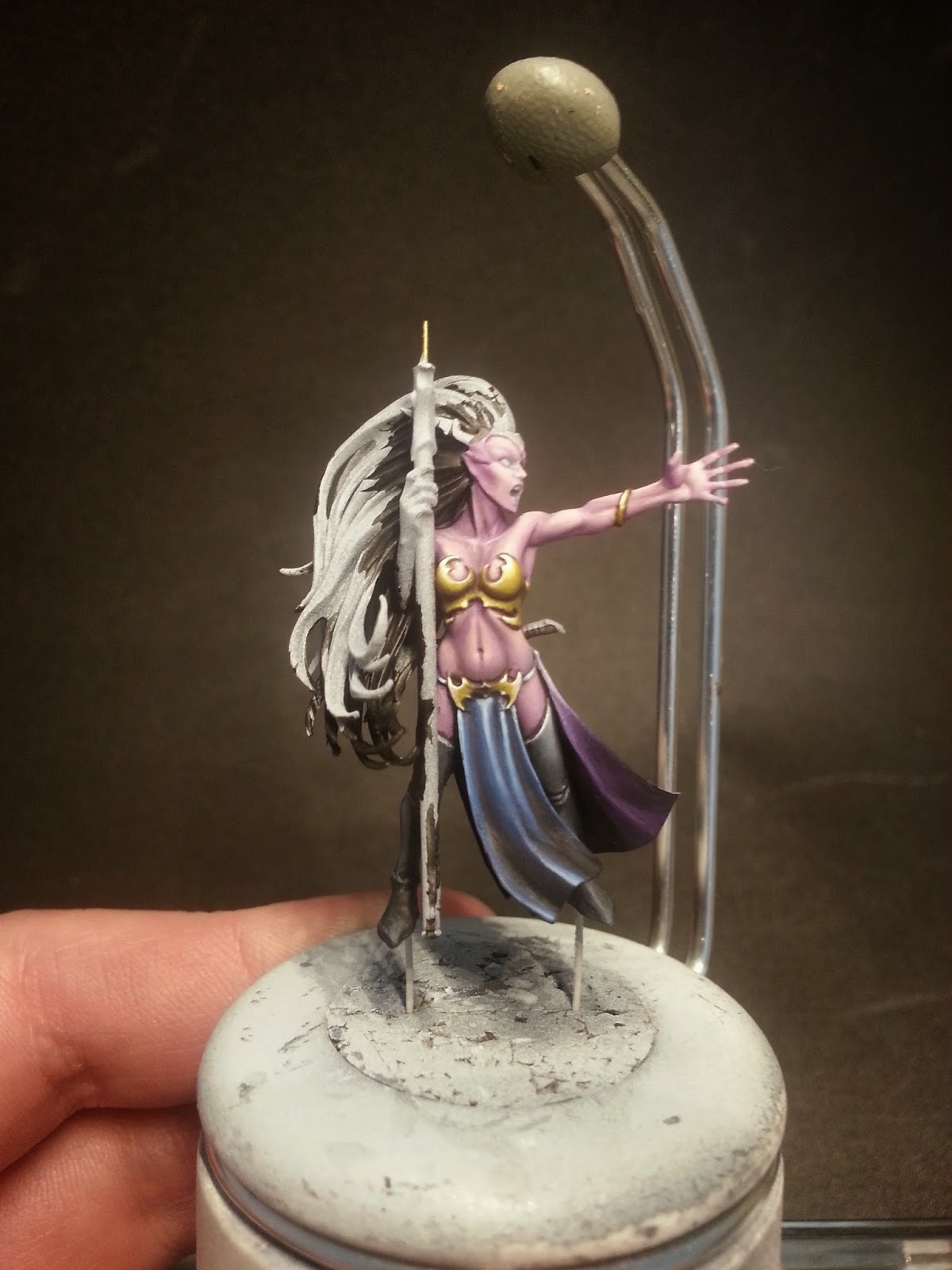 Back with a vengeance (part 2) 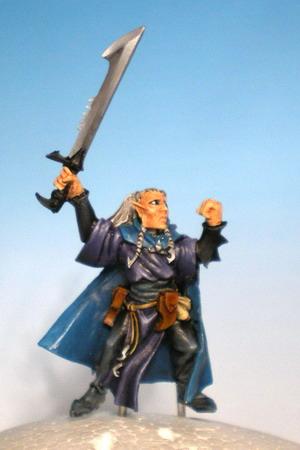 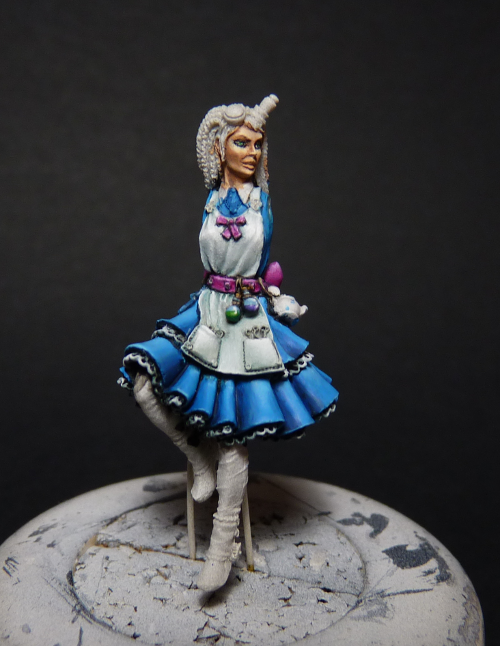 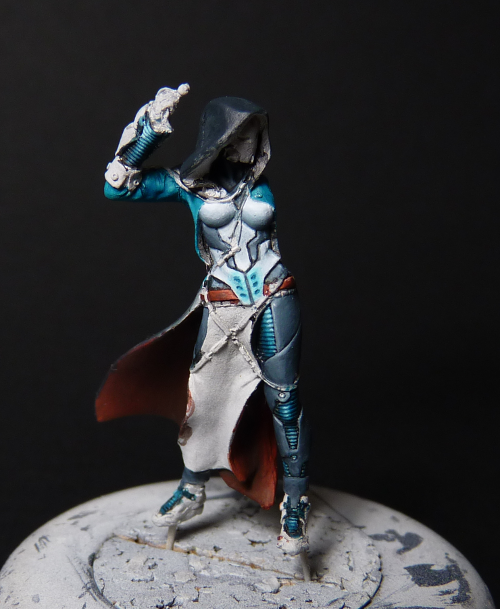 Thanks Coralline 🙂 I am glad to hear you like how he turned out!

The chest armor piece is simply out of this world, honestly gives me a feeling i only had for very few miniature, it almost makes the rest of the mini looks like someone else painted it, amazing work.

Thank you Nagg :). That is where I started the miniature and when I still had fun painting it, perhaps that is why you see a difference in the other parts.